(Disclosure:  The post “What It’s Like To Be Fat–For Me” was written by my daughter and originally appeared on the blog “Ummmerica:  My Thoughts About Stuff.”  It is posted here with permission.)

Hey y’all, it’s me, your fun-loving and carefree friend Erica. But wait…did you also know that your friend Erica is fat? This is the part of the post where you either say in your head “duh” or “omg no, you’re not fat.” I appreciate all the people who just said “duh” because those are the people that are actually being honest with me and themselves. It’s ok to think it, I’ve been fat for my entire life, it’s not a surprise to me. (I’ve actually only ever called myself “fat” out loud one time in my entire life.) It’s such a weighty (pun intended) word, and I hope that one day it holds less power over me. Anyway, I’ve always envisioned doing a post like this one day in the future after I’ve lost tons of weight, become a yoga instructor, and I’m a famous #fitstagramer. But let’s face it, that day is never going to happen. I’m writing this post to tell you what being fat has been like for me.
Alright, so let me take you back to when Erica was a fat little kid. Childhood is such a fragile time in a person’s life, and for a little girl, it’s even harder. But I was ok. I was never the type of girl to look at a magazine and think “wow, I want to be skinny like her,” or “she is so much prettier than me because she’s thin.” My mind never really operated that way. It sounds SUPER silly to say it, but I actually owe a lot of credit to Raven-Symone and her show That’s So Raven. Raven was so funny and cool…and she wasn’t a size 2! She looked like me (why representation is so important in the media!!), and to me, that meant the world. One of the main reasons I’ve probably never had an eating disorder is because of Raven and the images of other plus-sized women in the media. 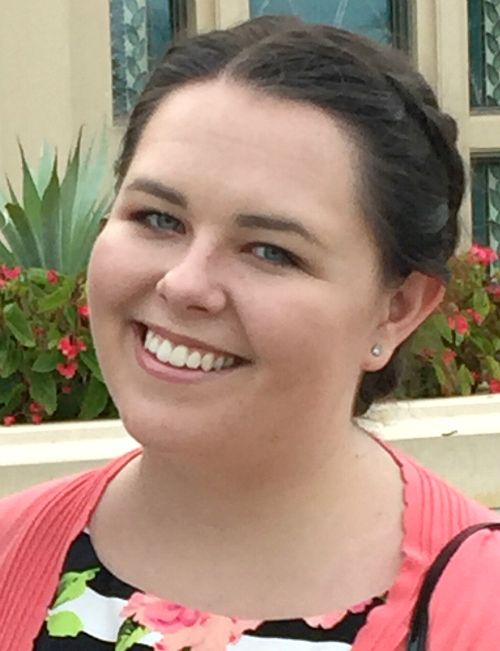 So fast forward to middle school…puberty, boys, hormones! All the fun stuff in life! Everyone around me started losing their baby weight, getting boyfriends, and experimenting with different personality types. But there was a huge problem for me, I wasn’t losing any weight, in fact, I was getting bigger. My self-esteem was so fragile at this point. But again, I’m not the type of person to sit around and cry about it. I just told myself, alright that’s fine, I’ll just be the smart and funny friend. So that’s what I did, I was a straight A student, a top musician, and I was always making my friends laugh. At this stage in my life, I chose to see myself not as the lead in the movie, but as the sidekick who provides the comic relief and meets the diversity quota for the production company. And that’s how I’ve lived my life from then on, and to be 100% honest, it hasn’t really bothered me. Sure, there are moments of frustration and anger but I’ve never been completely devastated about my weight.
There have been so many times over the years when I say to myself, “that’s it, I’m losing weight, I’m going to exercise every day and eat so healthy, I’ll make Gwyneth Paltrow jealous. And I’ve done it and been successful before! I’ll start to see the effects of my efforts, I’ll start to lose weight and then a little switch in my brain goes off RED ALERT RED ALERT!!!! ERICA IS FAT ERICA CAN’T BE SKINNY!!!! Mentally, I just shut down and I stop exercising, stop eating super healthy. I’ve always cast myself as the sidekick and mentally I’ve never been ready to make that leap into the leading role. There’s a part of my mind that becomes petrified of attention. I don’t want anyone to say “hey, have you lost weight” or for any male to say “wow Erica is kind of pretty.” That is something that I become petrified of. Because I’ve never had that type of attention before and my mind just says, “stay in your comfort zone, you’re happy here.”
Another element of the story, which kind of runs parallel to my weight loss efforts, is my dilemma with doctors. Since puberty, I’ve been to so many doctor’s appointments about my weight issue. The first thing they do is ask you what you typically eat in a day. So I would tell the doctor and they would say “hmm it doesn’t make any sense why you weigh this much, let me check your thyroid.”  I would have my thyroid checked, everything would be fine, and then they would say, “no, nothing’s wrong with you,” AKA “it’s your fault, you’re just fat, you just need to exercise.” Then when I was 19, I went to the doctor here at Barnard because I had a cold that just wouldn’t go away. And I started to chit chat with the doctor about other issues that I had: acne, irregular period, and being overweight. That doctor thought I might have PCOS (polycystic ovarian syndrome), which is basically a hormone imbalance that causes your insulin to function improperly. It causes you to have acne that is untreatable by topical measures, an irregular period, unwanted hair growth (I actually don’t have this symptom thank goodness), and it makes it hard for you to lose weight and easy for you to gain it. So basically it’s a super fun combination!
It turns out that I did have PCOS, which was a godsend diagnosis for me. It made so much sense to me why all my friends growing up were so much skinnier than me, why I could literally eat the same thing every day and still gain weight no matter what, and why losing weight was so difficult for me. But here’s the rub, a diagnosis is not a magical gift, it doesn’t simply make you skinny. Recently I’ve been working slowly to lose weight because I don’t want that little trigger to go off in my head and stop all my progress. There are so many mental barriers that I need to get over, let alone the physical ones.
The reason that I’m posting this, and posting it now, is because I feel like I haven’t been living my life and that there are so many misconceptions about people who are overweight. While watching a movie with my friends, one of the characters complained about being overweight to which my friend said, “well, he should just lose weight.” But being overweight is so much more than that. You live your life so differently than other people. You are constantly aware of what others are thinking about you and you live your life afraid of being the star of the show. I guess the conclusion of this post is that I’m tired of living my life out of the spotlight. And I wanted to share the story of my experiences to show people that the issue of being overweight is not one-dimensional, there are so many facets and layers that so many people will never come to understand, but hopefully this makes you understand me a little bit better.
XOXO,
ERICA